To succeed and to enable our customers success by providing exceptional customer service while delivering quality seafood at a great value.

To be recognized as the premier mid-market supplier of portion-controlled and value-added finfish products with global procurement reach and customized customer service.

OUR PROMISES OUR EMPLOYEES, YOU, THE OCEAN & OUR COMMUNITY

From the very beginning, Farmers Seafood has recognized the importance of safeguarding the health of our oceans and the success of the seafood industry. Throughout the years, we have built our legacy around working with other stakeholders to create positive, long-term change.

Despite the fact that many fisheries are being managed sustainably, we need to make continual improvements across the board to protect against overfishing, unregulated fishing, by-catch, and habitat damage. Our broad range of sustainability partnerships has not only given us the confidence that our products are being sourced from well-managed and trusted suppliers, but has also educated us about current trends and best practices that we strive to emulate.

This is a true story of how two barrels of fish grew to become a 100-year old, multigenerational, family-owned business.

It all began back in 1918, when brothers Gus and Sam Mijalis established Farmers Quick Lunch. The area farmers that were in town to sell their products at the Farmers Market could grab a bite to eat as they conducted business at the Farmers Market. The menu was small, consisting of hamburgers, hot dogs, chicken and fried fish. The fish lunches were such a big hit that soon many of the customers were asking for fresh raw fish. One Friday afternoon, instead of the usual order of two barrels of fish, Gus and Sam found themselves with four barrels. Keeping the fish from spoiling would have been a huge dilemma back in those days. Hoping for the best, the brothers sent the cook out to sell the extra fish. She came back, thirty minutes later, having sold every one. It didn’t take long for the name to be changed to Farmers Fish Market and the brothers eventually sold the Quick Lunch business. In 1932, the name was again changed to Farmers Fish and Oyster Company. Gus and Sam’s sons, Spiro, Alex and Gus, along with a first cousin, John Cosse, continued to grow the business.

In 1965, the company became Farmers Seafood Company and a new seafood plant was constructed. Farmers Seafood Kitchens was also formed and a new facility that met all FDA requirements was built. Farmers Seafood Gumbo, Crawfish Etoufee and Shrimp Creole were among the many specialty items produced and supplied to many major food stores, restaurants, country clubs, hospitals and schools. By the late seventies, Alex’s sons Sam and Johnny joined the company. Today, Johnny’s sons, Andrew and Dean are part of the Farmers Seafood Company team. Two barrels of fish that survived wars, economic depressions, recessions, globalization, technological advances and 100 years as a family-owned company, Farmers Seafood Company ranks high on the list of local businesses that form the core of the American economy. 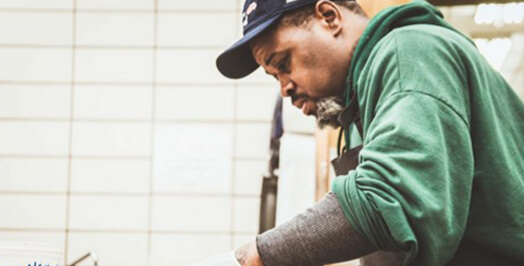